The system is unique in Romania and Southeast Europe, being fully developed by an internal team of GFR engineers

Bucharest, May 17, 2021 – For the first time in Romanian and South-Eastern European railway industry, Grup Feroviar Roman (GFR) has developed and implemented a digital service that provides real-time estimates about trains and wagons’ arrival at the destination or at certain train stations along the way.

The proposed solution responds to a real need of rail freight operators, as the industry’s main competitor – road transportation, already has access to numerous such solutions, thus giving it an important competitive advantage.

“The ability to estimate the time of arrival has become commonplace for road transport, because today we all have access to many applications developed by some of the largest software companies in the world. In railway, the development of such a platform is much more complex, given the characteristics of this type of transport,” explains Amedeo Neculcea, Deputy General Manager of Grup Feroviar Român and coordinator of this project.

For example, a wagon can be attached to several different trains during a single transport, so the descriptive parameters of its movement must be monitored and determined throughout the entire way, from the moment the shipment is entrusted for transport. Also, the rail network is not as dense as the road network to always allow similar alternative routes, in case of unforeseen or scheduled traffic restrictions. At the same time, operators must always pay attention to limitations of transport capacity and adapt accordingly. The condition of railway infrastructure, which directly influences and affects operators’ activity, cannot be neglected either.

“Until now, the Estimated Time of Arrival (ETA) took into account a number of ideal parameters, and the dispatcher’s experience and knowhow. Often these estimates proved vague and difficult to make. But ETA is key in the decision-making process regarding scheduling and circulation of any freight transport, and thus requires precision of calculation and accessibility,” explains Neculcea.

The estimation system uses GFR traffic data from the last 5 years. The generated information is based on established statistical mathematics methods and the previous experience of the GFR operator expressed in digitized, properly organized information. 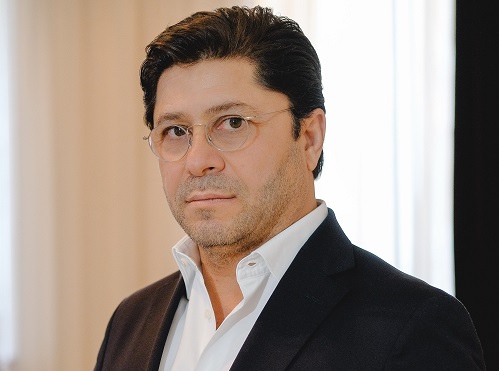 “The ETA Expert solution is unique in Southeast Europe, because no other operator offers such a service to customers. However, our effort did not aim at a competitive gain on the railway segment, but – much more importantly – at recovering a gap we have as an industry against road transporters,” says Gruia Stoica, President and founder of GRAMPET Group – Grup Feroviar Roman. “We have repeatedly said that, from many points of view, road transporters in Romania benefits from unfair competitive advantages and preferential treatment to the detriment of rail operators, despite obvious disadvantages that such a strategy has in the long run.”

While public debate is monopolized by investment projects in road infrastructure, the Romanian railway has suffered years and years of underfunding. This has had an immediate impact on the speed of transport, which in some areas has dropped to 17 kilometers per hour. At the same time, access to the railway network involves a very high cost for carriers, compared to similar costs for competitors on road infrastructure. Security risks should also not be dismissed, since they increase proportionately with the quantity of transported goods; neither the gap between available labor force and associated costs should be neglected, given the high level of training and experience that a train mechanic must have.

“We speak very little about the fact that rail transport, due to the very high degree of electrification, is the most efficient and sustainable mode of transport in the world,” Gruia Stoica continues. “At the same time, its ability to take over a large part of the volume of goods transiting a country generates multiple benefits. As a counter-example, ten million tones taken from the railway mean an additional 1 million lorries on motorways, leading to accelerated deterioration of the existing infrastructure, an increased number of accidents and a slower speed of freight rotation. The Green Deal strategy launched by the European Union places an important emphasis on the railway industry, because it is a real solution for efforts aimed at protecting the environment. We hope that Bucharest authorities will align to this vision, starting with the National Recovery and Resilience Plan that is currently being discussed in Brussels. As a private operator, we will continue to innovate and invest in digital projects that make a difference for our customers.”

ETA Expert is the latest project in a large process of digitization and transparency launched by GFR in 2005. The operator has developed and implemented so far over 20 digital applications, some of which are available through the GFR E-Client portal, including the Electronic Consignment Letter, which provides access to technical data on loading wagons and assistance in drawing up transport contracts (2017) and Railway Orders (2012) which ensures customers’ web access to the process of ordering and insuring empty wagons.

Engineers in GFR’s internal team continue to work on new apps or modules designed to simplify and streamline operational and commercial activities.

The ETA Expert application will be available to GFR customers who use the Electronic Consignment Note starting May 17.

Its flagship company Grup Feroviar Român (GFR) is one of the main rail freight operators in Romania and Southeast Europe. Currently, over 20% of traffic is international, with GFR offering complex logistic solutions to rail sector customers. GFR is a member of all representative international organizations and has cooperation agreements with both state railway operators (BDZ Cargo, UZ, CFM, PKP Cargo, ZK, RCH, HZ Cargo, ZBIH) and private railway operators from Bulgaria, Hungary, Slovakia, the Czech Republic, Poland, Austria, and Germany.

In parallel, the group carries out an intense activity of research and development of technical solutions meant to offer clients a transparent and real-time experience of services to which they have access. Thus, the GRAMPET Group launched an e-client portal for the first time in Romania, which facilitates the management of relations with client companies, from placing an order to invoicing.

Its subsidiary Roserv Oil, which took over the industrial platform of the RAFO Onești refinery in the summer of 2020, focuses on the national development of logistics terminals both on the container side and warehouses for petroleum products.