Bucharest, June 24, 2020 – The prototype of the first train produced by Electroputere VFU Pașcani, part of the GRAMPET Group, undergoes the last stage of testing, this week.

The DMU (Diesel Multiple Unit) model has left the factory under its new appearance with traditional Romanian motifs from the national folk costume that, through their symbolism, represent the Romanian cultural heritage. The train will run these days on the railways in Moldova, also celebrating the National Day of Romanian Ia. 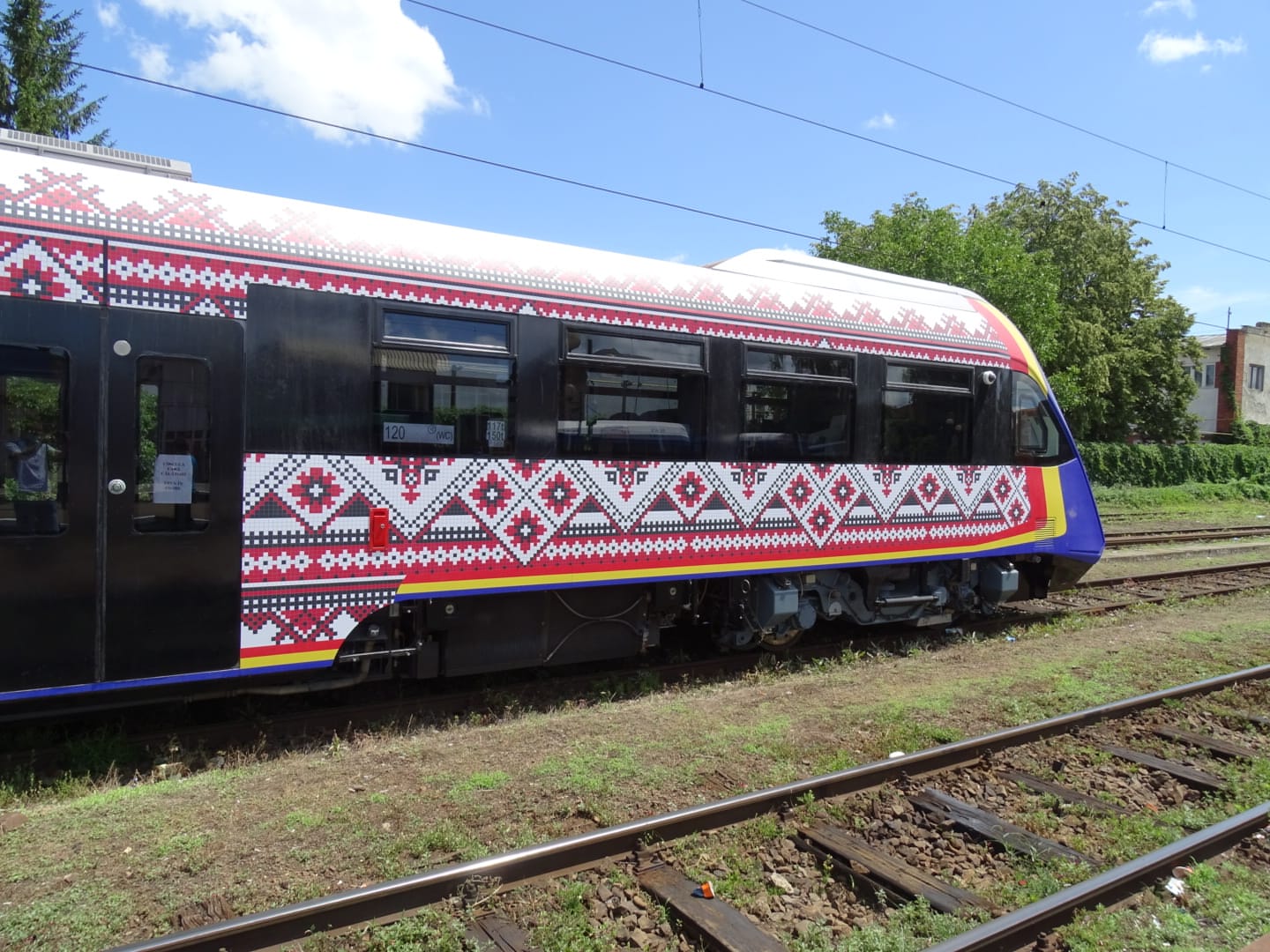 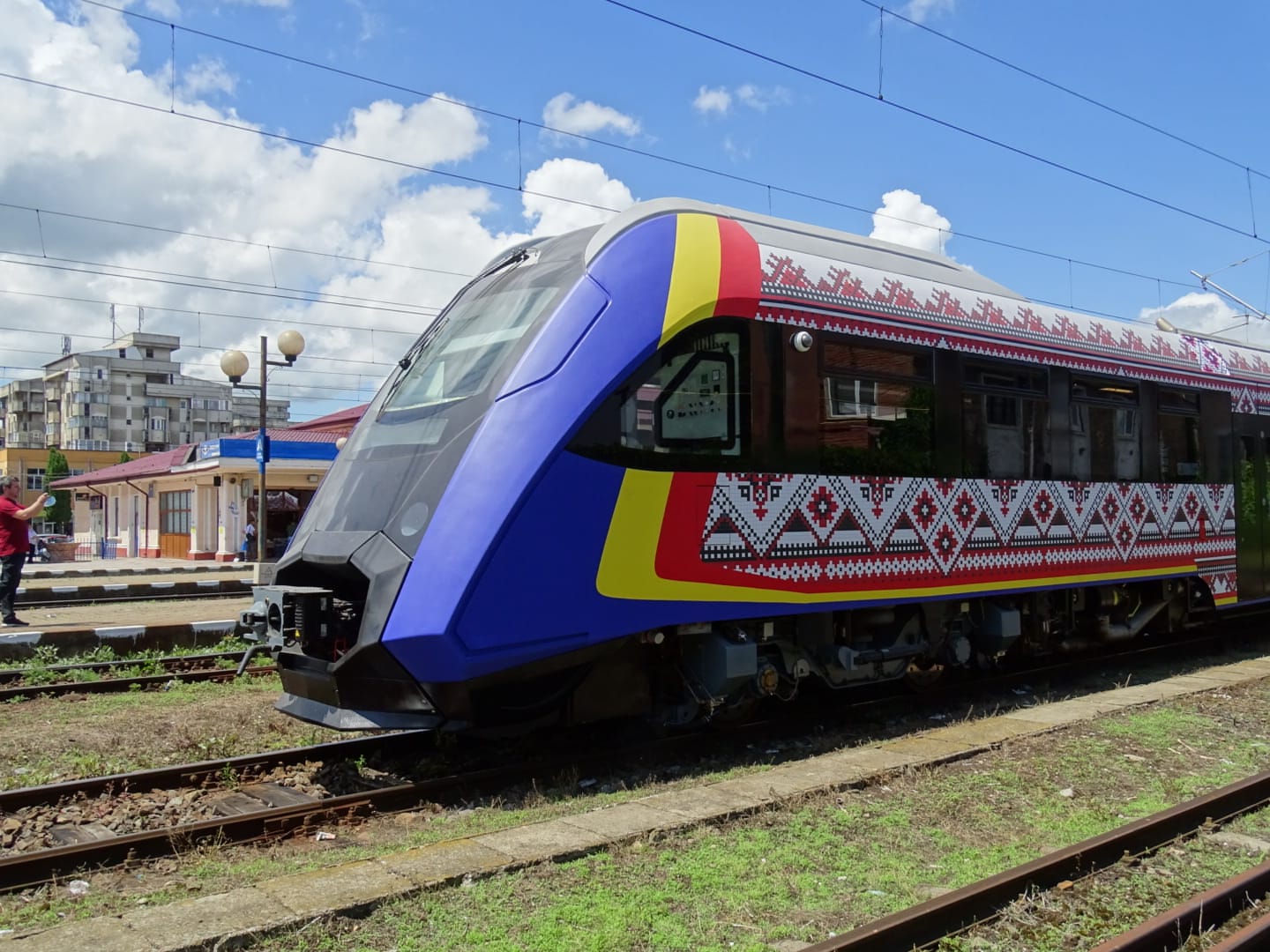 “The DMU train represents Electroputere VFU Pașcani’s debut on the new railway vehicle constructions segment,” says Gruia Stoica, President of GRAMPET Group, “and our choice for this visual identity aims to celebrate both the Romanian folk traditions and the tradition of the national railways industry, overall. Following its homologation, this model will be available for purchase in several countries in Europe and beyond, thus becoming a tool to promote the spirit and engineering craft in Romania.”

Launched at the end of 2014, the DMU train was designed and manufactured in accordance with the European Union’s railway standards, and can also be adapted to non-EU markets requirements. The prototype resulted from the work of more than 180 specialists from Electroputere VFU Pașcani.

The train is composed of both internally-produced parts and subassemblies, and also subassemblies from top manufacturers in Europe. It can reach a maximum speed of 120 km/ h and has a total capacity of 164 passengers in 1st Class (22) and 2nd Class (142) seats. Features include eco-friendly toilets, including units especially designed and equipped for people with locomotor disabilities or reduced mobility, air conditioning systems, Wi-Fi and power outlets, visual passenger information systems with screens indicating the destination, the next stop, times delay or other relevant information.

With a tradition of over 150 years, Electroputere VFU Pașcani is currently focused on high value-added activities, mainly the redesign, reconstruction and modernization of railway vehicles. Its portfolio consists of clients from Romania and abroad, more precisely Belgium and Gabon, for passenger cars and trams.