Only after 140 years since the first passenger trains appeared did women have access to the locomotive mechanic job and presently, in most countries, women make up just about under 2-3% of the profession that was a long inaccessible to them. Although women are starting to become more present, they drive both high-speed trains and heavy cargo trains, they’re encouraged to take on this profession and they also work in countries in which this job is considered risky. In this article, you can also read about one of the few romanian women that drive locomotives.

A locomotive mechanic is one of those jobs where you rarely see women, even if the percentages have grown a lot these past few years. Before 1980, it was exceptional for a woman to be driving a train, but things change and now companies from multiple countries have programs meant to make this position attractive for women.

Why the locomotive mechanic position was almost forbidden for women

There were and still are very many obstacles for women who want to become a locomotive mechanic. In many countries, women weren’t even accepted in the railroad industry. There’s currently a mechanics crisis in many countries due to the fact that less and less people become specialists in this area, making women more welcome to the industry.

During the World War I, when most of the men were on the front and laborers were required for the railroad to function, women were accepted in a few of its branches, but the first female mechanics appeared only a few decades after. At the beginning, women were only accepted for office work, cleaning and kitchen work in train stations, only during a second phase could they work as signalmen and switchmen. 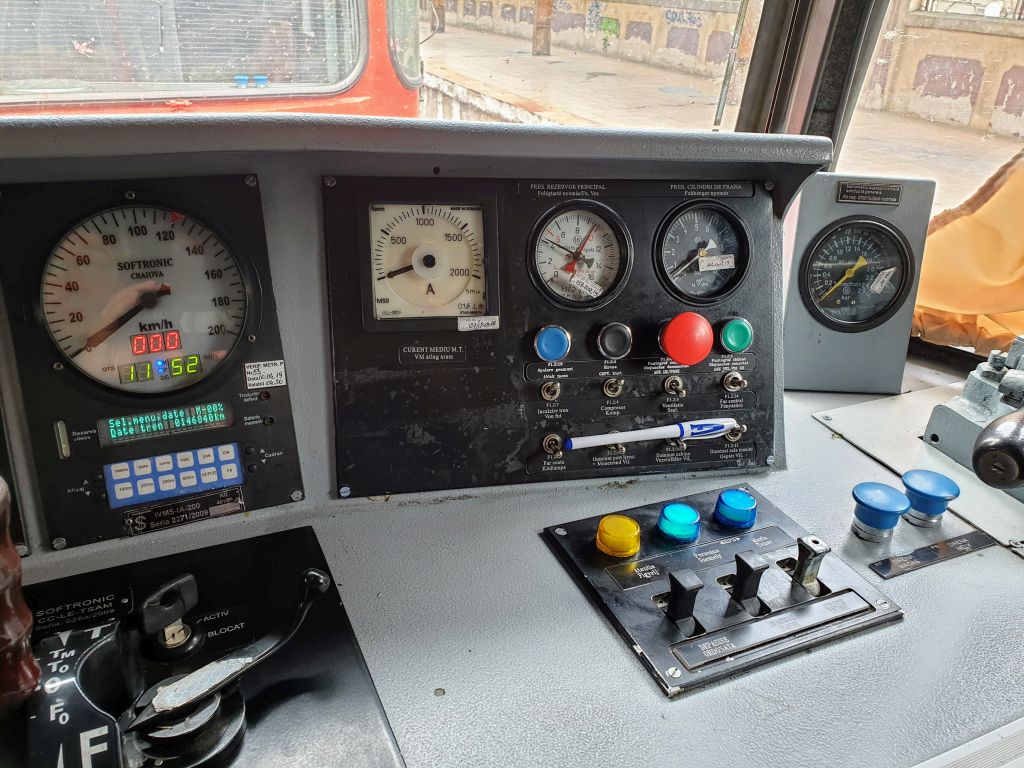 It’s also a matter of perception, of how jobs like the mechanic one could be suitable only for men, because it’s all about heavy trains and big responsibilities. Moreover, during the steam train period, everyone in the cabin would have to do strenuous physical work during harsh conditions (extremely high temperatures).

However, perceptions have changed and in countries such as the United Kingdom, Ireland, France, India, Japan or Germany there are programs which encourage women to sign up for qualification courses.

In the United Kingdom 6% of mechanics are women, in Ireland even fewer and in France about 5%. These are positive examples because in Asia or the Middle East women had access to this position only for a few years. 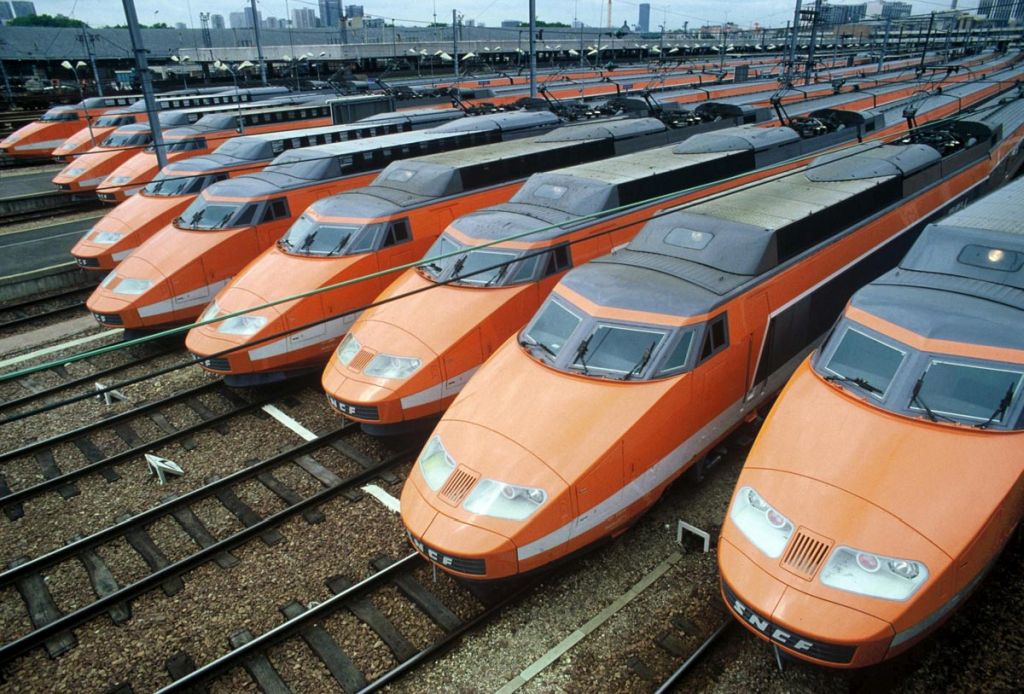 The obstacles women have faced are not to be neglected: some locomotives have no toilets and women have to wait until train stops or ask for unscheduled stops. There are also women who chose not to drink water during their shift in order to not have to go to the bathroom.

Mechanic women in some places didn’t have lockers to change clothes, nor were there uniforms or work gloves in their size.

These problems can be even more serious. For example, in India, there are 500 women mechanics and they all have many obstacles to face: they drive on nocturnal routes, the stops are dangerous, toilets are rare and in some rare cases, their superiors who are men mistreat them. India is one of the countries in which there are numerous and hard-to-combat prejudices towards women who have a profession that is considered a man’s job.

It’s also very complicated in South Africa, where there were certain cases in which women have been attacked whenever there was a delay or they would get off the train to make checks. Women were also beaten in cases in which trains were delayed due to cable theft. The mechanic professions is truly dangerous there.

Half a century ago, a locomotive mechanic was one of the jobs that women had almost no access to, like airline pilot, minister, psychiatrist and many others. Many things have changed during the last 3 decades: for example, in France, the first woman to drive a TGV did it only 2 years after these trains became operational.

In Japan, women drove the high-speed trains Shinkansen 16 years ago for the first time, the youngest of them being 26 years old at that point.

And in China, the number of women who drive high-speed trains is growing, recently 15 women having started the last phase of preparing in order to be able to drive ultra-fast trains in the area of Yangtze delta.

A railroad representative declared for the Xinhua agency that trains have become very advanced and physical ability is no longer required to drive them, but more elevated competences ‘Women are more attentive to details and this gives them an edge’ said the official.

Even more so, in China, in 2017, the first african female conductors have undergone their training and have started driving trains on a line built in Kenya(between Nairobi and Mombasa) with money from the chinese.

An example from Romania

Even in Romania, the locomotive mechanic job has been unavailable for women and the number of women who drive a train can be counted on our fingers (data from 2018 show that there are only two women mechanics at CFR Călători). Considering how there’s a crisis, a few hundred more mechanics being required, women are also required in older to fill that demand. The crisis is due to the fact that less and less young people want to become mechanics and, as people retire, the number of people who are coming to fill in these spots is very low.

It’s also worth mentioning that a locomotive mechanic is thoroughly trained in multiple areas, such as electricity, heat engines, resistance, mechanics, physics and mathematics.

We’ve discussed with one of the few women who drive a locomotive in Romania, Margareta Mateescu, a GFR mechanic.

She’s been a mechanic since early 2019 and drives cargo trains in the refinery from Brazi, near Ploiești. She’s at the maneuvering stage, but hopes that in time she will obtain the necessary permits to go on the open road. The company, in need of locomotive mechanics, has launched a program in the spring of 2017 that invites women to apply to drive trains. Eight women have signed up and at the beginning of 2019 have taken the graduation exam. One of them is Margareta Mateescu.

The longest trains she drives are over 30 train cars, the maximum speed is 40km/h during maneuvers, the trains weight limit is up to 3.000 tons. A shift is about 12 hours and the break between shifts is 24 hours.

‘I liked the idea of being a mechanic and I wanted to prove to myself that I can do something else. My family encouraged me, told me it’s not an easy job, but promised to support me’ said Mateescu, telling us there were other members of her family working in the railroad industry (the father-in-law was a shunter and the sister-in-law was a switchman). ‘When I was a kid, I never thought I would be a mechanic’.

‘Although it may seem easy and simple to drive a train from the outside, it’s nothing like that because you have a lot of responsibility and before getting on the locomotive there are multiple checks you have to do, both on the outside and on the inside. For example, you check the wheels, the banding on the wheels, the installations, the banding on the wheels, screws and bolts. Everything requires a lot of attention and you have to be brave when you start a locomotive and want to leave’ says Mateescu.

How does a cargo train drive? There’s a pedal that has to be pushed for 30 seconds, then left alone for 5 others. If you don’t do this right, the train breaks and stops.

How long does it take for a cargo train to break at 60mk/h? Depends on the declivity (the inclination of the railway), on the weather, the line, there are multiple factors to be taken into account. The lenght of the break is between 750 and 1.200 meters, but it also depends on the lenght of the train.